I have designed and created a double page feature for my magazine. I have used typical conventions and my own photographs in which I have taken. I have also included an original article which I wrote myself for the double page feature. 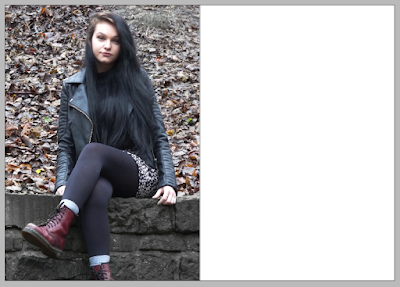 To begin with, I created a double page layout. On half of this page, I inserted my own photograph which I had edited using Photoshop. I used InDesign in order to produce my double page feature. 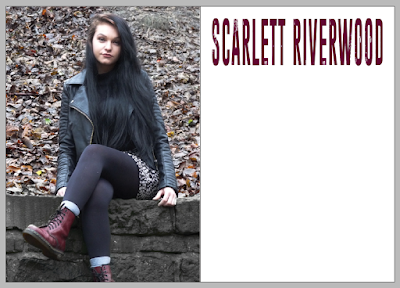 Secondly, I added a title at the top of the other half of the page. The title says 'Scarlett Riverwood' which is the name of the model posing in the photograph, adjacent to the title. The title is in a deep red/burgundy colour in order to match the picture and the theme of the magazine. 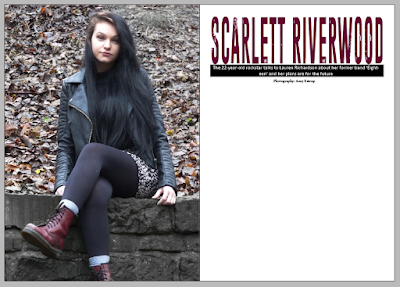 Next, I added in a long black rectangular box beneath the title. In this box is the tagline of the article, written in white writing. The reason I used this rectangle shape is so that the white writing can stand out against it. In addition to this, I added the photographers name beneath the tagline. 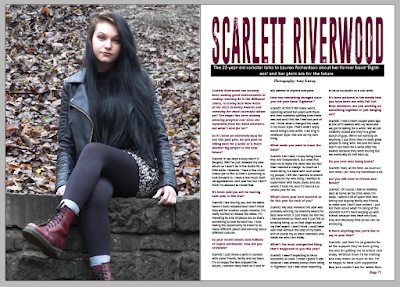 Then, I inserted my own original article, separated into three columns. This is a typical convention of a double page feature which makes my magazine more professional. I used a black and burgundy font in order to carry on with the theme portrayed on this page. 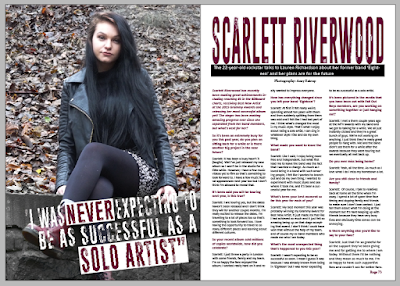 Finally, I added in a quote from the article positioned at the bottom of the image. I used this as it is another typical convention  of magazines. The font of the quote us quite messy/grungy which allows it to tie in with the theme of my magazine. The quote also uses two white rectangle shapes in order for certain writing to stand out. The quote is placed at the bottom of the image in order to avoid the writing overlapping the model's face.
Posted by Unknown at 10:19


To achieve my target I will be consistently creative, imaginative and technically skilful; the work I produce will look like the actual, reflecting an excellent understanding of my target audience and task; showing understanding of conventions of layout and page design; accurately using language and register; integrating illustration and text; manipulating photographs. Planning and research into similar products and target audience will be complete and effective and will show detailed progress from the idea to the finished product. My evaluation will be effectively communicated, using a wide variety of presentational devices reflecting a high level of technical skill; it will reflect my understanding of the key concepts and my use of new technologies.